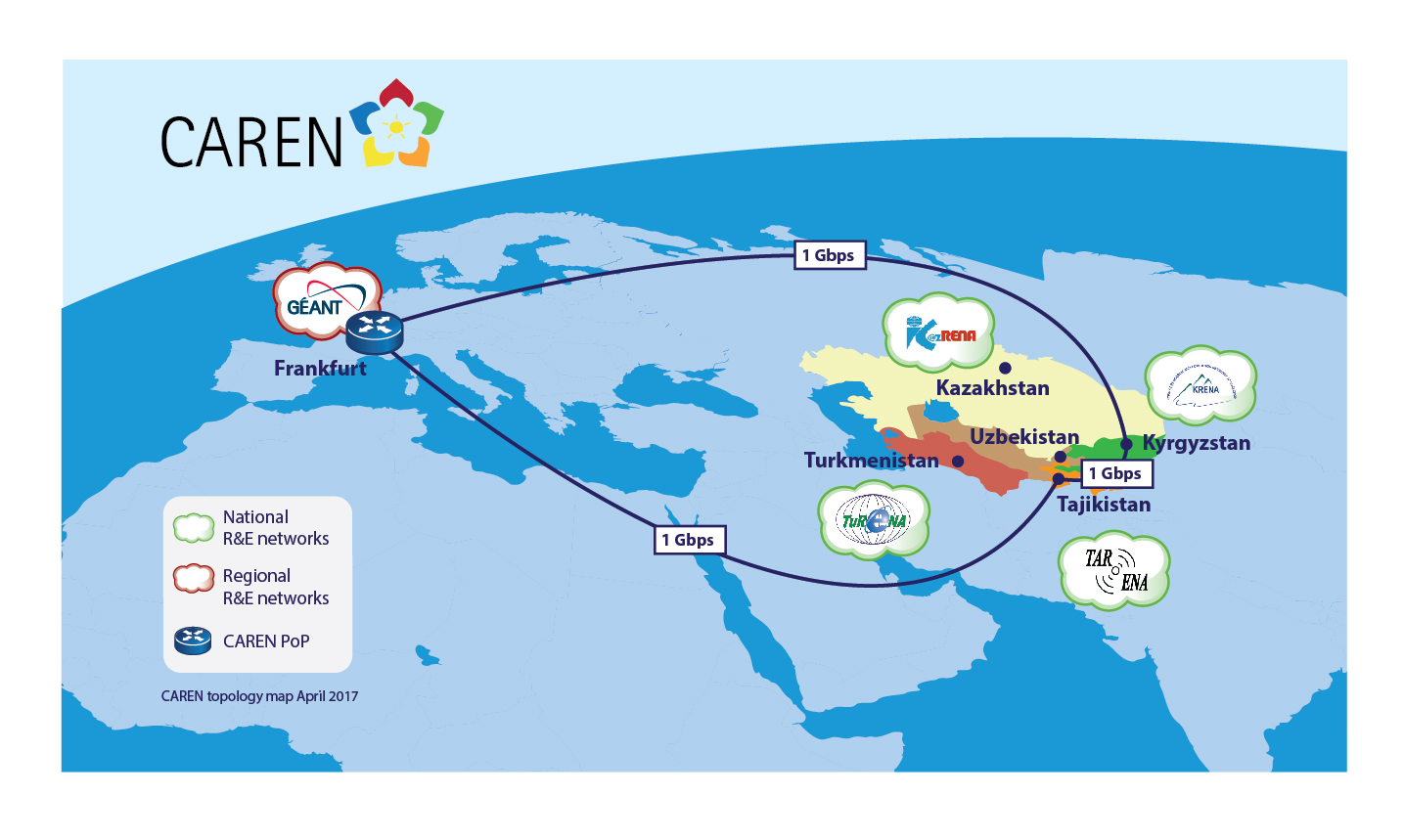 CAREN topology as of April 2017

Launched in January 2009, the Central Asian Research and Education Network (CAREN) project set out to establish a high-performance broadband internet for research and education (R&E), facilitating communication, information exchange and collaboration between universities, teaching hospitals and research centres within Central Asia and providing access to the European and global research community through interconnection to GÉANT, its European counterpart.

During the first phase of the CAREN project (2009-2013) network links were successfully implemented with minimum link capacities of 34Mbps. The second phase started in October 2013 and terminated in August 2015. The third phase - CAREN3 - will run until 2019.
CAREN3 will initially reconnect Kyrgyzstan and Tajikistan where the governments have signed bilateral financing agreements with the EC. Kazakhstan, Turkmenistan and Uzbekistan are also eligible to join the project subject to EC approval and similar government financing agreements.

During the first phase of the project the European Commission (Directorate-General for International Cooperation and Development (DG DEVCO) contributed 80% (€5m) towards the costs of the project from its Development Co-operation budgets, with the remaining funds being provided by the partners on the basis of a cost-sharing model. During CAREN2, the EC contributed 90%; (in total €3.2m).

The initial EC contribution to CAREN3 is €4.5m.

CAREN forms part of the EC’s Central Asia Strategy and plans for long term funding support of the project are being prepared.