The 3rd edition of the CAREN-Central Asia Regional Networking Conference - CRNC2018 - took us this year to the beautiful city of Dushanbe in Tajikistan.

Situated at the crossroads of the ancient Silk routes, Central Asia has always played a vital role in the exchange of goods and information between Europe and Asia. This year’s conference strapline - Strengthening the Eurasian knowledge belt – clearly reflected the strategic importance of the region. The extent of this knowledge belt was also evident in the nationalities of the more than 150 conference participants that gathered in Dushanbe 23-34 October: a large contingent from the five Central Asian states, joined by delegates to the east from South Korea, Japan, China, India and Bangladesh; and to the west from the United Kingdom, The Netherlands, Germany, Poland, Lithuania, Hungary, Russia, Azerbaijan and Greece.

TARENA, the Tajik National Research and Education Network organisation, and the Academy of Sciences of the Republic of Tajikistan were the hosts of CRNC2018. Supported by the CAREN Cooperation Center (CAREN CC), both organisations have proudly demonstrated that Tajikistan can host international conferences in a professional manner, extending outstanding hospitality and warmth to the participants. 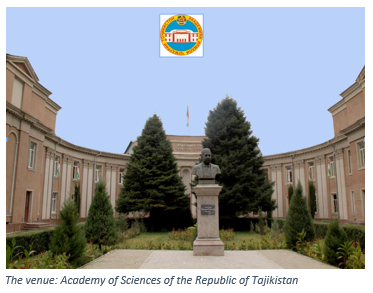 Central Asia is an important strategic partner of the EU in various sectors, including in research and higher education. It was our honor to welcome two EU ambassadors to the opening session of CRNC2018, Mr. Peter Burian, Special EU representative to Central Asia, who delivered the opening keynote speech, and Ms. Marylyn Josefson, the EU Ambassador to Tajikistan. 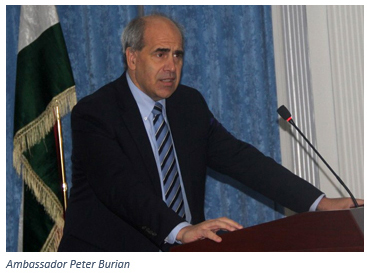 Prof. Khikmat Muminov, Vice- President of the Academy of Sciences of Tajikistan, subsequently provided an impressive overview of the broad spectrum of academic disciplines that are supported by the Academy, ranging from agriculture, geology, renewable energies to astrophysics and High Energy Physics – all of them in need of advanced network services to effectively perform the research and collaborate with international peers. Prof. Muminov stressed the point that although his Academy had excellent researchers, their output is severely hindered by the absence of advanced services such as GRID computing facilities. The only feasible way to connect the Academy to such services in Europe is through high-capacity network connections provided by the CAREN project and regional R&E network. 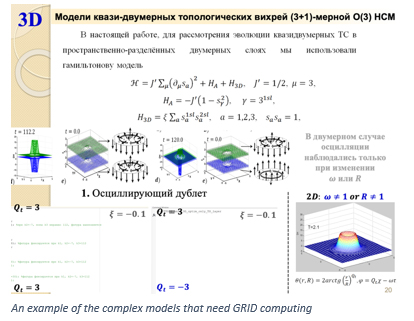 In his keynote Klaas Wierenga, GÉANT Chief Community Support Officer, stressed that the future of NRENs lies in services and collaboration. The global roaming service eduroam, developed by Mr. Wierenga himself, is widely implemented within R&E networks, with also CAREN NRENs starting to roll it out across Central Asia. The global service for federated access to applications, eduGAIN, is enabling the sharing of scientific resources worldwide. 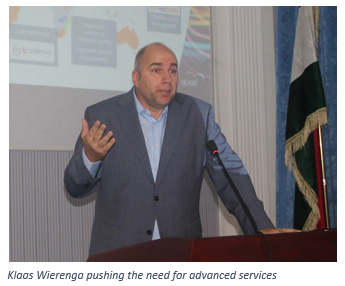 Unsurprisingly, the focus of research in Central Asia is often in disciplines aimed at tackling issues relevant to the region and with significant societal impact: disaster management since the region is prone to earthquakes and because of the effects of climate change on the glaciers in this mountainous region. Other focus areas are tele-medicine, e-Health and water management. Sound regional expertise in these areas has a direct impact on the well-being of the Central Asian population; research would be impossible without the connectivity and services provided by the Central Asian NRENs and the regional CAREN network.

Catering also for the techies

Of course, a regional networking conference cannot take place without the techie stuff. CRNC2018 provided various technical sessions around security, AAI, IPv6, federations and advanced technical applications for research and education. Technical workshops prior (AAI) and after the conference (security) rounded off the programme. 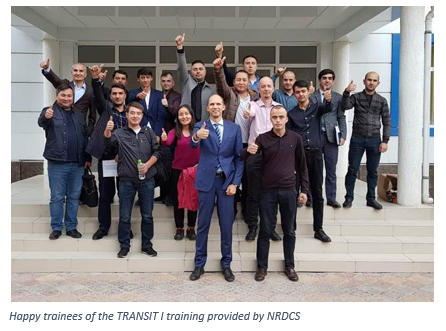 As mentioned before, Central Asia lies at the crossroads of ancient paths between the East and the West; as a result, the region is rich in cultural heritage sites that go back many, many centuries. A dedicated conference session showcased how the CAREN network can make these sites more accessible. For example, the International Institute for Central Asian Studies (IICAS) in Samarkand, Uzbekistan, uses 3D modelling techniques to virtually rebuild ancient caravanserai settlements and share the results with other researchers around the world as well as with the general public. 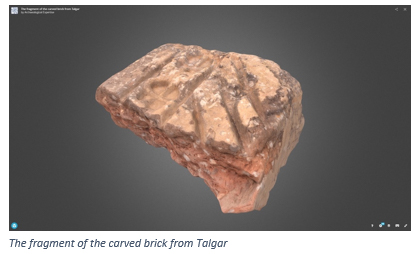 In their CRNC2018 closing remarks, by way of a ‘take home’ message, Prof. Khisrav Sadikov of TARENA and Prof. Gulchehra Kohirova of the Institute for Astrophysics in Tajikistan stressed again the importance of advanced network services to underpin research activities and participation in international collaborations. 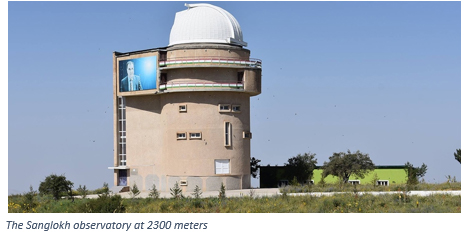 To return to the strapline of the conference, CRNC2018 has certainly contributed to strengthening the Eurasian knowledge belt by demonstrating that researchers and research itself in Central Asia can compete at international level. The CAREN network, jointly with the networks and services of the regional NRENs, enable Central Asia to continue playing a vital and active role in linking the East with the West.

The authors of this article are the co-chairs of CRNC2018: